» BLEACH IS BACK TO HUECOMUNDO :D

» Welcome to the new guild!

So, since most of you should have one of these you should know some good multiplayer games and know your code/tag

Wii:
Good multi-player games:
Super Smash Brothers Brawl. (if you don't know what this is, don't even bother playing video games anymore)
The Conduit (not so heard of, but an excellent shooting game where I am a master of random killing sprees)
Mario Kart Wii (again, if thou hath not heard of it, thou shalt stopeth playing video games)

(this list is subject to change, name a game and I will add it)

However, I would love to play you all in any of these games, so I suggest we put up our friend code.

Xbox360:
Halo games
CODMW2 (been told its good)
Gear of War (same with this one)


DS:
Since this has webberweb too, it should be included.
Pokemon (yes, we all play it, it will never die)

Man I need a Wii at my dad's. I forget it exists because I prefer most gamecube games over the Wii but the interactivity will probably lead me to eventually buying it.
_________________ 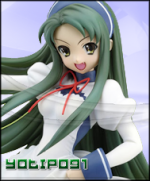 Get The Conduit when you get one for there, Its gonna end up lbeing the Halo of Nintendo.

I have a Wii and Super Smash Bros Brawl, but it's at home >__>
At my current house for university we have a wii and Brawl there, but its not connected to the wireless network....might get it set up soon.

I have a wii and Brawl too, but my wireless has been out for almost a year so I haven't been able to do any matches or tournaments for a while

I invoke the art of necromancy to revive this post as there is new stuff in it. Work with it people, suggest games, do stuff and do other stuff.